In our history class Lenny assigned us work to do:

The Italian Empire was from what is now Italy and what is now Libya. Also they were looking foward to Ethiopia.

2)How did Senator Giorgio Pisano explain Italy’s attitude for conquest?

Senator Giorgio Pisano explained that as their population was growing they had to expand.

3)What is Abyssinia today? What was the situation by 1930? 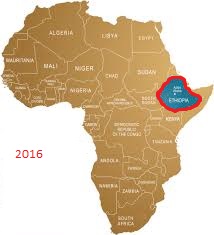 In Abyssinia their empereror was Haile Selassie. On this situation there it was practiced slavery and the empire was going backwards.

4)What excuse did Mussolini have to conquer Abyssinia?

The excuse was that as they were growing on population they needed a place to put all Italians.

5)What was the role of France and Great Britain in Italy’s invasion?

6)What evidence does Mussoini’s daughter provide?

She provided that people didn’t even knew were Ethiopia was. Also she said that Britain won’t go to war with Italy.

7)What did young soldiers believe was their duty towards Italy?

Soldiers believed that they duty was to make Italy bigger.

8)What was controversial about the use of posion gas by the Italians?

The controversial thing is that chemical warfare was prohibited.

9)What did the League decide to do?How effective were those measures?

The League punished Italy, but, this was uneffective. Almost no one respected the League.

10)How did ordinary people react to sanctions?